I found following vulnerabilities on the Airtame Device (Before Version 3)

Problem 1, 4, 5 are gone since they removed their Php web panel. It's not possible for me to retest the problem 2 and 3 since I don't have the device anymore. Since 2,5 months have passed from initial report submission, I don't think it's an ethical issue to share them publicly.

In July, I got an Airtame Device and decided to test it. First of all, let me introduce the Airtame:

"Airtame is an enterprise-grade wireless HDMI solution for offices, meeting rooms and classrooms. Users can share content from their laptop or mobile device to one or more screens. Airtame's digital signage capabilities will also help in utilizing screens by showing relevant information when nobody's using those screens." - https://help.airtame.com/general/faqs/what-is-airtame-including-video

After initial setup, I noticed that it has a web panel for device configuration. I did my blackbox test on this panel.

I was also capturing the traffic while I was digging the functionalities on the panel. I noticed that it updates it's firmware from this URL: http://repos-cdn.airtame.com/firmware/beta/ 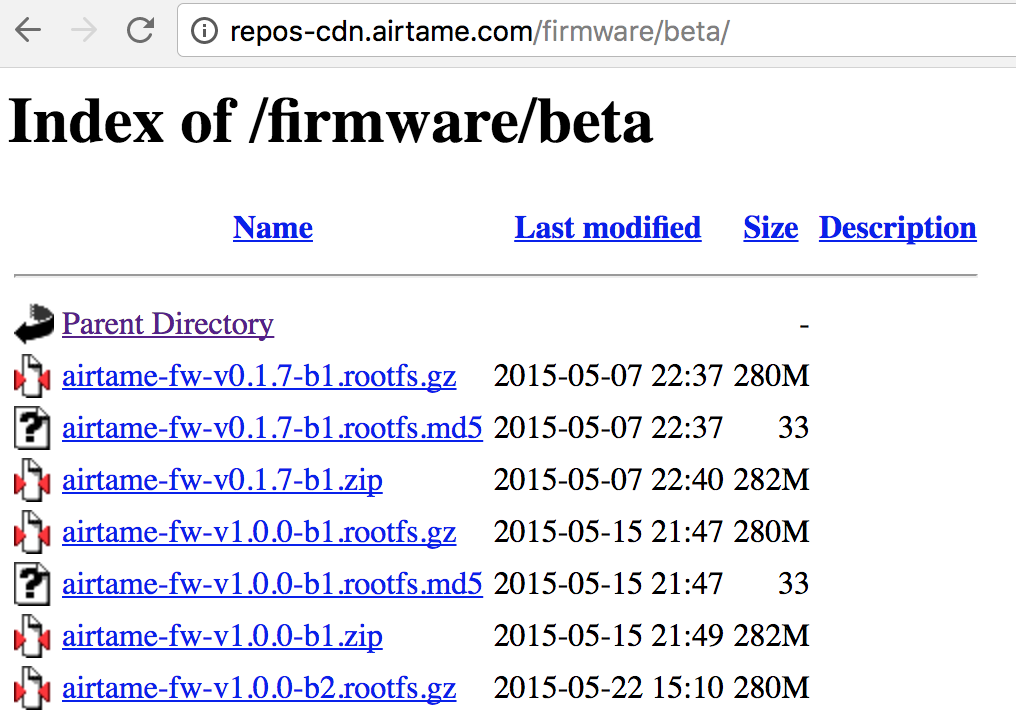 This URL doesn't require any authentication and provides the firmware of all versions. I also reported this URL to Airtame team but they said that page is publicly available on purpose, so I can share it with you.

After I downloaded latest.tar.gz file from here, I noticed that it's an img file. I mounted it to see what is inside (Following screenshot shows firmware version 3 but this article is about version 2.3, don't get confused) 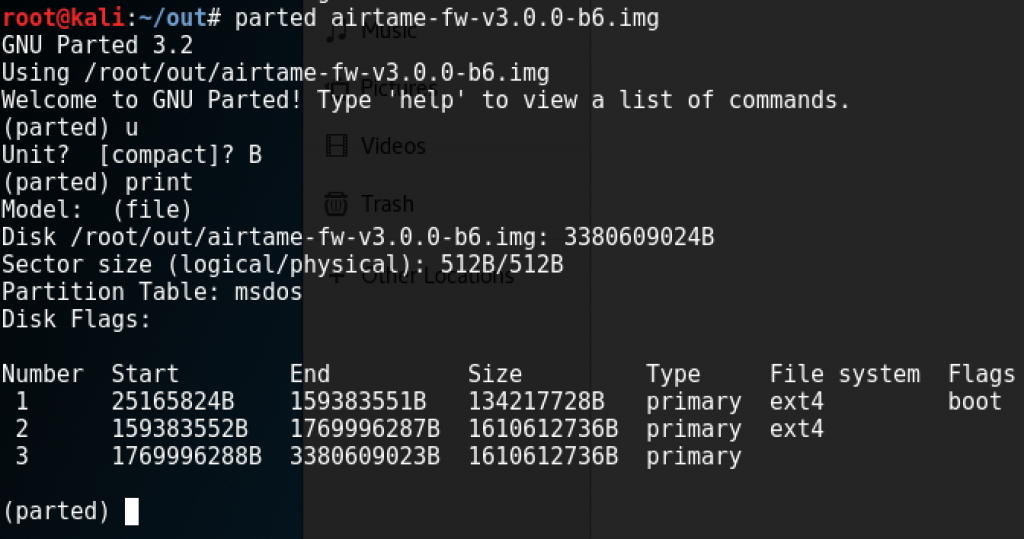 After then, it was possible to check the source code of Php web panel. I found following vulnerabilities during my test.

This vulnerability occurs in login functionality in the Web Panel. It’s possible to set our own cookie by editing “PHPSESSID” header in the POST request of the login action. Following screenshot shows our login request. Note that PHPSESSID value is changed to “a”:

Application accepts this value and sets it as our session id. Following screenshot shows the response to the request above. 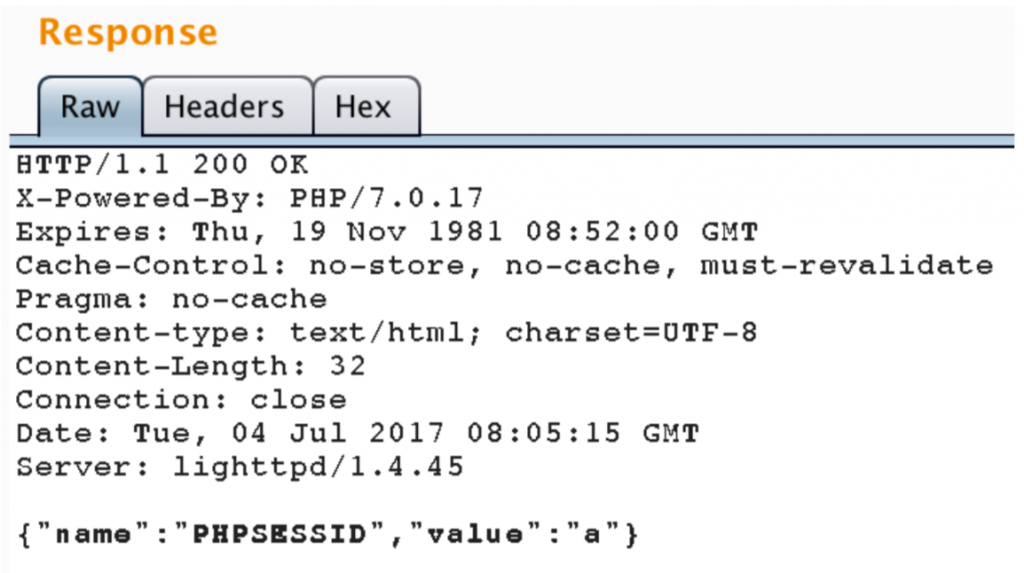 To prove that our valid session id is “a”, I changed PHPSESSID value to something else and navigated to /bin/get_config.php which requires login. Application denied our request since the PHPSESSID wasn’t valid.

Now, I changed back it to “a” again to prove that this is the valid session id. Application accepts that value. 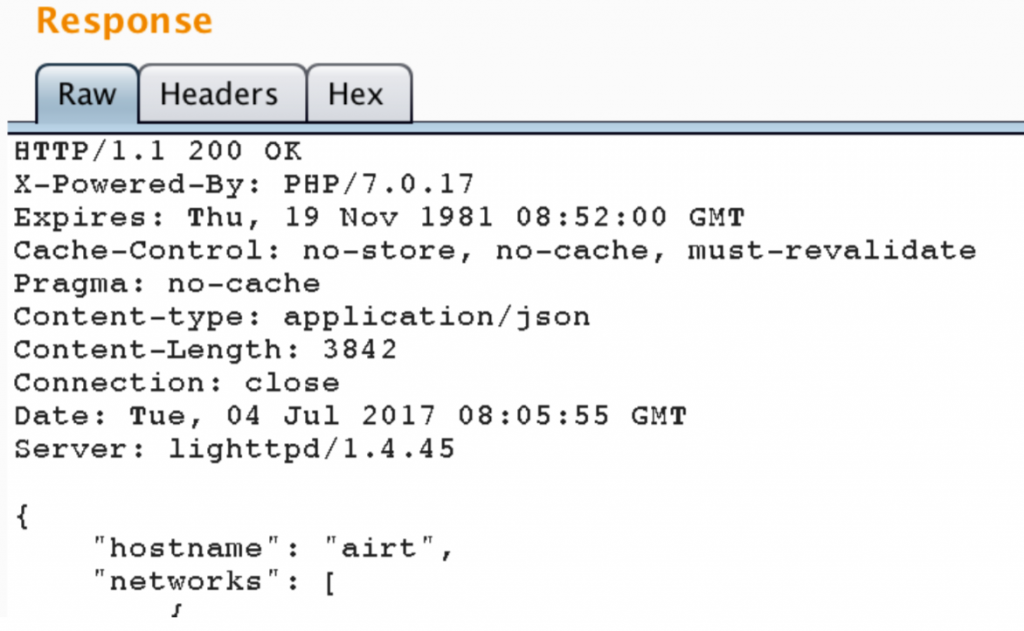 The important point is, this session id is not invalidated via logout functionality. So if attacker knows the correct admin password, he can set a custom session id for the admin user. After then, even if the admin user changes his password, since the session id will be still valid, attacker can login the application.

By listening the traffic of the application, I noticed that it downloads firmware file via HTTP. Which means that firmware files can be altered during transmission.

Since I don't have the Airtame device anymore, I could only retest the vulnerabilities via latest firmware file. Update is triggered via "airtame-device-update" binary file. Since I can't reverse engineer shit, best option for me to grep an URL

It's still HTTP. But doesn't mean that it will download the firmware file via HTTP. That "checkfw.php" checks the given version and -probably- returns true or false. In my case, it was always false since there is no new update. As a result, I don't know if this is fixed but earlier Airtame team said they will carry the update channel to HTTPS.

By listening the traffic of the application, I noticed that integrity check is done with MD5 hashing algorithm. 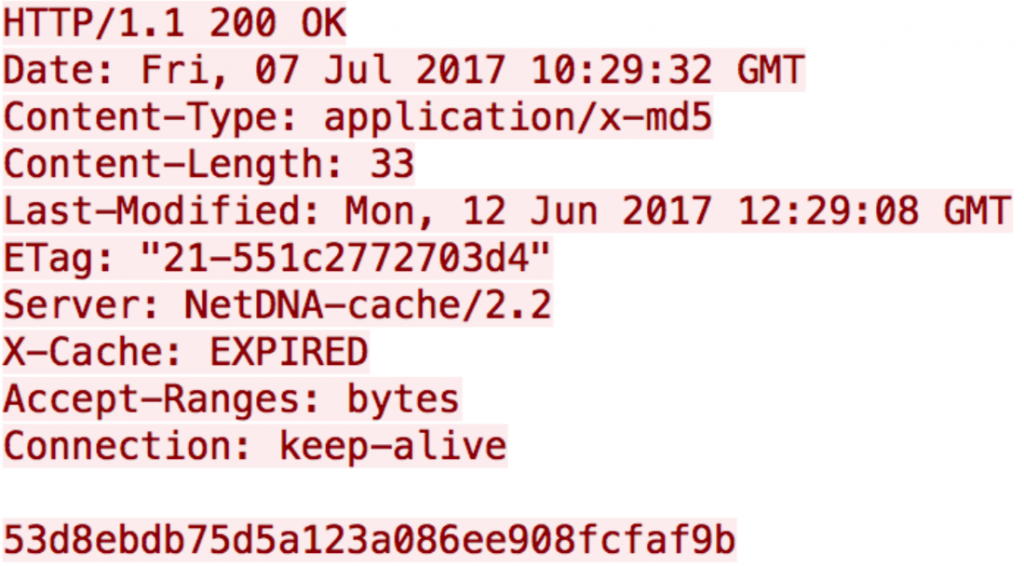 I'm not sure if this vulnerability is fixed.

I observed that application uses hardcoded credentials for communicating with server.

Airtame team was very kind and they commented every vulnerability seriously. They sent me a t-shirt, some stickers and this beatiful note with a team picture. 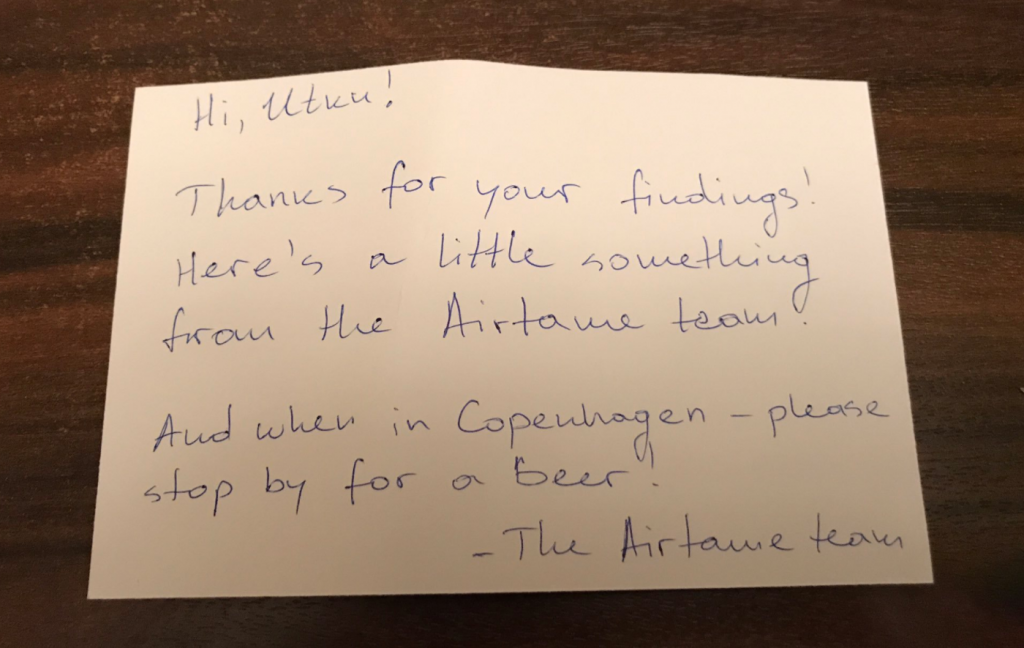 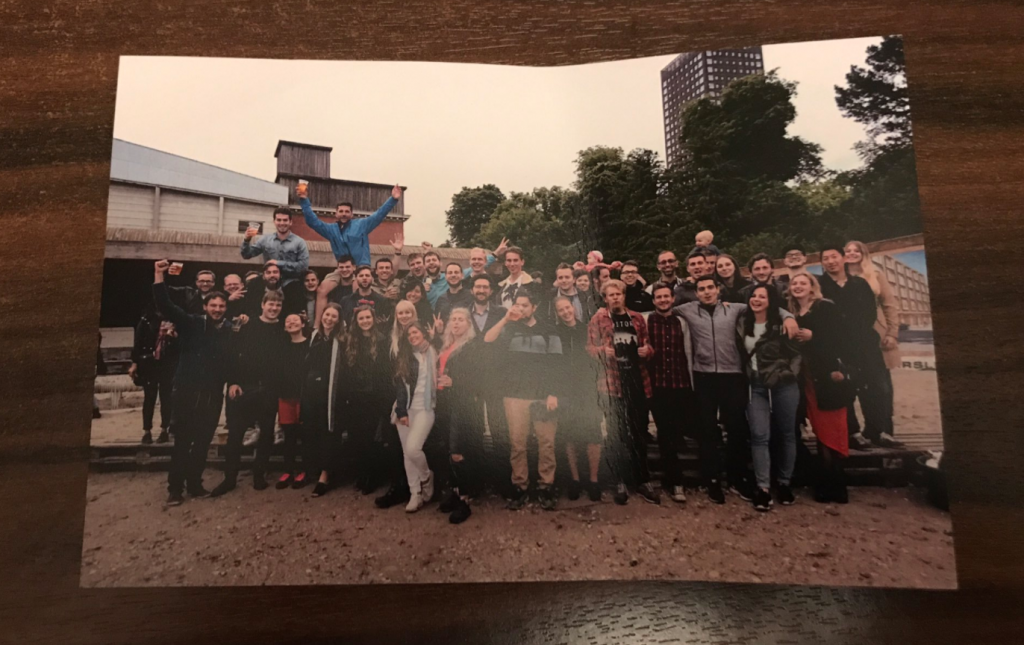